An article in today’s Wall Street Journal notes the time periods over which Barometer is measured raise doubt as to Barometer’s value as a predictor. Since 1972, the year in which the January Barometer was first described, January’s market action accurately forecast the direction of the market 64% of the time. Even this sounds like it may be useful until the author goes on to point out if there had been an indicator which predicted the market would go up every year, it would have been right 76% of the time over the same time period.

So the old saying, “time in the market is more important than timing the market”, might be a more useful rule for success over the lifespan of our financial plans. Considering recent gains and all of the time we will spend in the market, it is worth reviewing another set of market facts:

These too are simply averages. The timing of these downdrafts cannot consistently be predicted. In order to shield our actions from our emotions and biases we need to remind ourselves declines happen regularly. It is also worth noting during every one of the larger declines we heard, “… but this time is different”. So far, they have all been the same and our portfolios survived and grew. We must keep our emotions in check as the year progresses.

Another ongoing factor affecting trade with the rest of the world is the trend decline in US petroleum product imports. Although the dollar value of petroleum imports increased 7.6% in November, and are up 15% from a year ago, we don’t expect this to last. Since OPEC decided to cut oil production, prices have increased north of $50. As a result, expect more oil production to come back online in the United States and the petroleum import trend to revert lower. Back in 2005, US petroleum and petroleum product imports were eleven times exports. In November, these imports were 1.7 times exports. This is also why oil prices have not spiked back to old highs even though the Middle East is in turmoil. The US has become an important global petroleum producer, bringing a stabilizing effect to the world. Overall, we expect real GDP growth to accelerate in 2017 and expect some widening in the overall trade deficit as US consumers buy imports with their healthy gains in income. This will happen despite efforts by the incoming president to reverse the trade gap, which is ultimately driven by capital flows into the US. If we make the US a better place to invest global capital – and it’s likely President Trump and Congress will do that – the overall trade deficit will grow, not shrink. 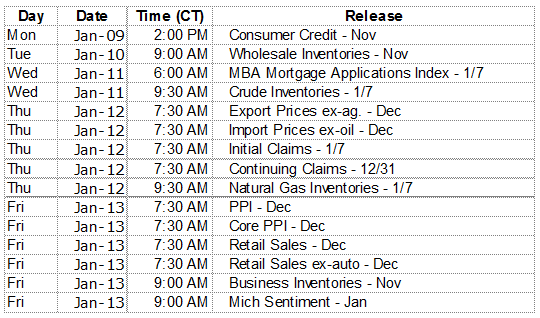