Not this year, according to Stephen Auth, who oversees asset allocation at Federated Investors. Any corrections should be viewed as buying opportunities. He provides observations to support his view. News of the various political risks is mostly noise and both tax and healthcare reforms will begin to take shape in coming weeks. First quarter earnings reports provide evidence the corporate earnings recession is ending. The bond market is signaling the increase in interest rates will be moderate and gradual. Finally, the rotation out of cyclical stocks into large cap tech stocks has been a healthy transition setting the stage for a higher market driven by “the well-rested” cyclicals, financials and energy issues which have recently lagged.

First Trust puts the significant number of recent negative department store earnings reports in context by pointing out, “…the consumer is doing fine. Retail sales rose 0.4% in April and were up 0.7% including upward revisions for February and March. One popular narrative is that since many retailers are closing brick and mortar stores, the consumer is not spending money. But consumers are just spending their money differently than in the past, buying items from the internet instead of brick and mortar stores. Non-store retailers made up 10.8% of retail sales in April, the largest portion ever and that will keep growing in the years ahead. Others were worried about slow consumer spending growth in the first quarter, but recent data are putting that to rest.” 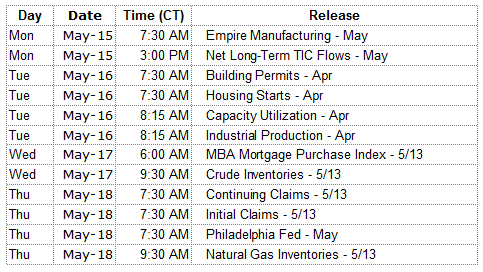