The S&P 500 finished the week at 2,425 and has not traded outside a range bounded by one-percent on either side of that level for the past 6 weeks. The S&P 500 has not had a 5% correction since February 11, 2016, seventeen months ago. Historically, the index has averaged three corrections of 5% or greater every 12 months. On average one of those extends to 10%.

After drifting lower to a yield of 2.14% as recently as June 26, the 10-year Treasury note finished the week at 2.39%, the highest yield seen since the end of the first quarter. Bond bears (interest rate bulls) will now begin measuring progress as the market moves toward the March 2017 high yield of 2.61%.

Speaking of measuring progress, the dog days of summer are a good time to confirm your personal goals and evaluate your current standing. A good way to begin a review of your retirement plans would be to read Lee Anne Thompson’s article, Retirement “Facts” That May Be Fiction, on our website. The piece addresses some of the many popular retirement plan assumptions and rules of thumb which may or may not apply to you. It is called personal financial planning for good reason. More often than not, your personal situation cannot be solved by following a collection of rules of thumb.

The uptick in the unemployment rate to 4.4% was due to a 361,000 increase in the labor force, which is good news. At 62.8%, the participation rate remains low by the standards of the last 40 years, but the 12-month moving average has been gradually rising since early 2016. The economy is producing solid payroll growth but no real wage inflation. The gain in total earnings plus low debt service ratios for households leaves plenty of room for more purchasing power. 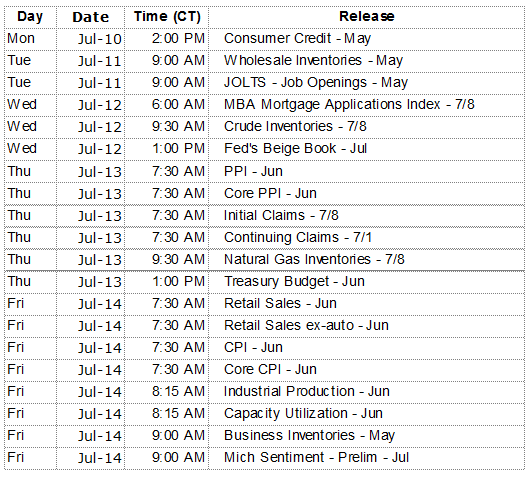