The first estimate of Q2 GDP was a better than expected 2.6%, confirming of Brian Wesbury’s description of the U.S. “plow horse” economy. The Atlanta Fed is again estimating a full trot in Q3 with its most recent guess for GDP growth of 3.7% in the current quarter.

Worries about low volatility are puzzling. It would be a concern if one was working on or around one of the many Wall Street trading desks. Investors have nothing to fear from low volatility. Enjoy it while you can. The hedge funds and high frequency traders will have another day. Do not let them spook you.

The second quarter real GDP growth rate of 2.6% was slightly higher than 2.1% average annual rate since the economic recovery began in mid-2009. 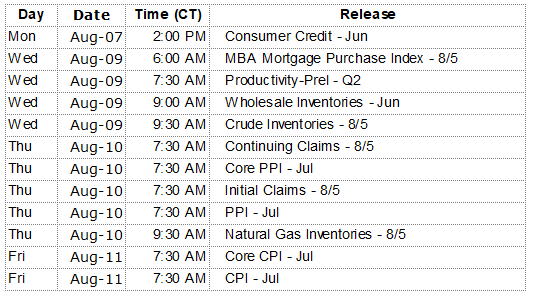