Following is a snapshot of the total returns for various asset classes for the year 2017. 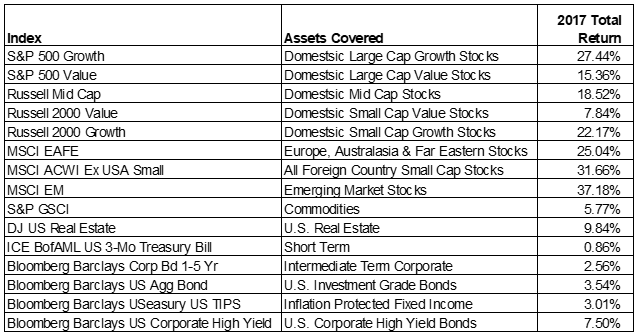 The Weekly Update will not be published for the next two weeks but will return Monday, January 22nd.

The data continues to show a slowly growing economy. The potential impact of the new tax bill is in the process of being added to analysts’ economic models. Early estimates are for real GDP growth to increase as the year progresses by something in the range of one-quarter to one-half of one percent. The earliest indications will come soon in reports on business capital expenditures and hiring. 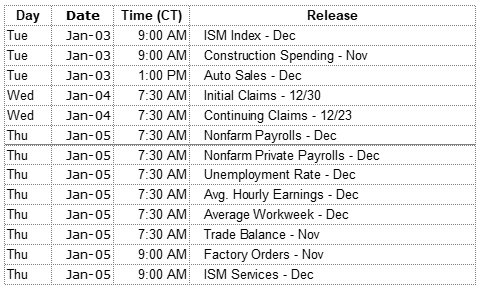