Always be prepared for a market correction by staying diversified. Avoid the temptation to chase returns during bull markets.

Continued economic strength and the belief growth in corporate earnings will continue have buoyed investors. Inflation is at a muted rate. The FOMC meets this week to consider interest rates with no indication of an increase in January. The Atlanta Fed’s GDPNow estimate for Q4 GDP growth was 3.4% notably higher than Friday’s advance estimate of 2.6%. It will be interesting to see what happens to revisions as they come in over the next several months. 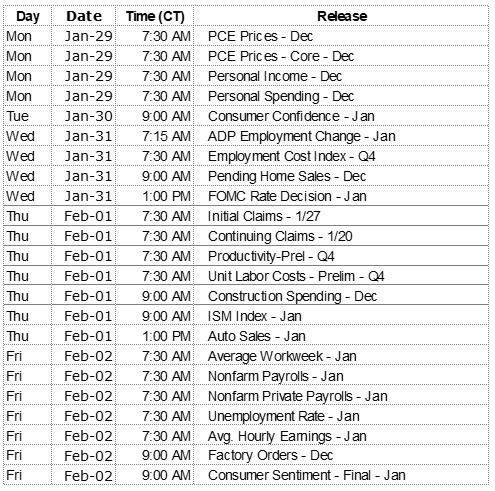