Tariffs, first announced in March, were levied last week and reporters announced the beginning of a U.S. trade war. U.S. stock indexes, however, shrugged off the noise. The S&P 500 finished the week up 1.52% and cooler heads are talking of a trade dispute, refusing to elevate the latest tariff announcements to the level of a war. Brian Wesbury, Chief Economist at First Trust, offers a reasonable explanation:

While many are worried about protectionism from Washington, we continue to believe this is a trade skirmish, and the odds of an all-out trade war that noticeably hurts the US economy are slim.  Most likely, what will ultimately come from all the chaos will be better trade agreements for the United States.  According to the World Trade Organization, average tariffs in the US are 3.5% compared to 5.2% in the EU, 9.9% in China, 4.1% in Canada and 7.0% in Mexico.  It’s time for tariffs to be lowered around the world, and the US holds a lot of leverage.

While recent stock market action may also be suggesting the latest trade disputes will not lead to an all-out trade war, the situation bears watching. Continued restrictions on the flow of goods and services will slow the pace of trade and stall what is already a relatively slow pace of U.S and world economic growth. Raising taxes on U.S. consumers, which is what tariffs are, will eventually slow spending. Second quarter earnings are expected to be good but management guidance for the rest of the year could be disappointing due to the uncertainty of the impact of trade restrictions. As a result, we are slightly reducing exposure to domestic growth stocks by 2% to 3%. We are not getting bearish, just taking some profits and stockpiling a little extra cash on the sidelines as we head into the dog days of summer.

Tariffs were levied on numerous goods from several nations.

Excerpts from the minutes of the June meeting of the Federal Open Market Committee were upbeat with a significant, “However”:

“… information received since the FOMC met in May indicated that the labor market had continued to strengthen and that economic activity had been rising at a solid rate. Job gains had been strong, on average, in recent months, and the unemployment rate had declined. Recent data suggested that growth of household spending had picked up, while business fixed investment had continued to grow strongly. On a 12-month basis, overall inflation and core inflation, which excludes changes in food and energy prices, had both moved close to 2 percent. Indicators of longer-term inflation expectations were little changed, on balance.”

“Participants reported that business fixed investment had continued to expand at a strong pace in recent months, supported in part by substantial investment growth in the energy sector. Higher oil prices were expected to continue to support investment in that sector, and District contacts in the industry were generally upbeat, though supply constraints for labor and infrastructure were reportedly limiting expansion plans. By contrast, District reports regarding the construction sector were mixed, although here, too, some contacts reported that supply constraints were acting as a drag on activity. Conditions in both the manufacturing and service sectors in several Districts were reportedly strong and were seen as contributing to solid investment gains. However, many District contacts expressed concern about the possible adverse effects of tariffs and other proposed trade restrictions, both domestically and abroad, on future investment activity; contacts in some Districts indicated that plans for capital spending had been scaled back or postponed as a result of uncertainty over trade policy. Contacts in the steel and aluminum industries expected higher prices as a result of the tariffs on these products but had not planned any new investments to increase capacity. Conditions in the agricultural sector reportedly improved somewhat, but contacts were concerned about the effect of potentially higher tariffs on their exports.” 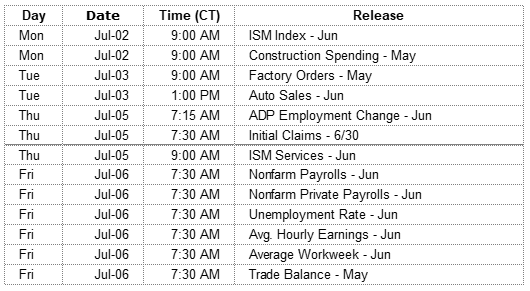