BTN Research recently pointed out the worst day for the S&P 500 last year generated a loss of 3.6% which was a greater loss than the worst year for the bond market at any time over the last 40 years (1977 -2016). That statistic points out the usefulness of an allocation to fixed income categories in reducing portfolio volatility.

It is worth noting, however, interest rates have been in steady decline over the past 40 years. Given today’s relatively low interest rate level, the next forty years may not produce a similar result. Rising rates and the resulting bond price declines will likely generate somewhat greater fixed income portfolio volatility. Fixed income does not imply a fixed strategy. Portfolios should be monitored and allocations adjusted as the economic environment and markets change.

Building permits declined 0.2% to a seasonally adjusted annual rate of 1.21 million. Multi-unit rather than single-family starts drove the increase.

Industrial production remains soft. Weak overseas economies continue to be a drag but a few bright spots in recent months have been encouraging. In the U.S., more jobs, faster wage growth, and increasing consumer optimism are encouraging home buyers and builders. 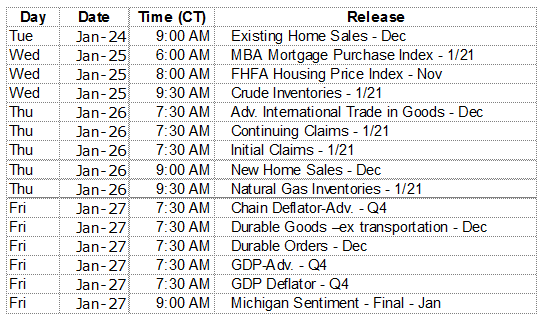