From Warren Buffett’s Letter to Shareholders in 2010:

Throughout my lifetime, politicians and pundits have constantly moaned about terrifying problems facing America. Yet our citizens now live an astonishing six times better than when I was born. The prophets of doom have overlooked the all-important factor that is certain: Human potential is far from exhausted, and the American system for unleashing that potential – a system that has worked wonders for over two centuries despite frequent interruptions for recessions and even a Civil War – remains alive and effective.

We are not natively smarter than we were when our country was founded nor do we work harder. But look around you and see a world beyond the dreams of any colonial citizen. Now, as in 1776, 1861, 1932 and 1941, America’s best days lie ahead.

Consumer sentiment missed expectations and faded slightly in early February. The preliminary University of Michigan Consumer Sentiment Index reading for February was 95.7, down from the final January reading of 98.5. The report noted a sharp partisan divide in the survey responses. Ultimately, actual spending is what will drive the economy and the index did remain at a very high level. 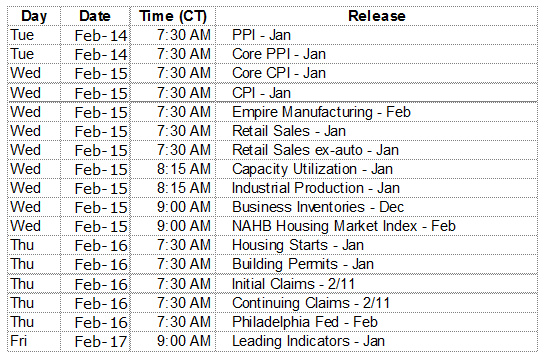