Wall Street analysts and media are rightfully criticized for putting too much emphasis on quarterly earnings. What investors want is for managements to build the value of their businesses over time. One quarter’s results are seldom make-or-break events. Earnings, however, are what ultimately determine stock prices so without putting too much emphasis on a single quarter, it is worth a few moments to check the data for trends.

What we can say about the data is the trend in corporate earnings does not diverge from the big picture economic model which has developed over time. The shallow growth trend continued through 2016 just as it has in prior years. Expectations for a more robust economy are present as they have been throughout this recovery. The forward looking statements above should be used with great caution as they are subject to risks and uncertainties, which could cause actual results to differ substantially from those anticipated.

Rising compensation costs are a welcome development for employees. At the same time, in the near term at least, higher compensation costs will constrain employer profit margins. A continuation of this trend has the potential to begin a cost-push inflationary cycle over time. If costs continue to rise, employers will attempt to regain margins by raising prices. If price increases stick and if labor markets are sufficiently tight, employees will respond by demanding higher compensation in order to afford the higher prices of goods and services. Notice the multiple “ifs” in the previous statements and know an inflationary spiral is not a given at this time but it is a more likely possibility. 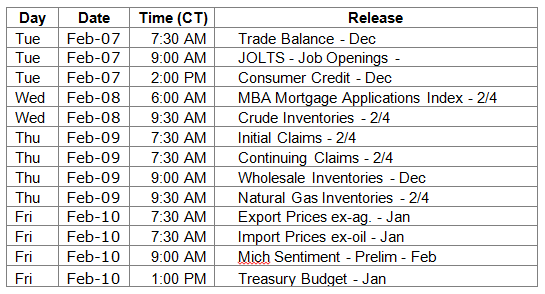